Armada Records-signed, Grammy and ASCAP award-winning producer, songwriter, DJ and recording artist Damon Sharpe is best known for his creativity behind the scenes as a producer and songwriter working alongside artists such as Jennifer Lopez, Ariana Grande, Pitbull, and Alesso. But what people may not know yet, is that Damon’s skills span further than just making hits for others, and 2020 was the year that proved this with his first releases as an Armada signed artist including “Lost Years” with Josh Cumbee, “Let’s Get Real” with Raven & Kreyn feat. Allē on the Armada Unites project, “Under Your Control” with Dave Winnel & Shannon, and a G-house collaboration with DVRKO & Bijou, “Sushi”. He also produced and/or wrote for Sunnery James & Ryan Marciano “Life After You,” KAAZE “Erase You” and Nurko feat. RØRY “Better Off Lonely.”

With the serious lineup of releases that resulted in over 50 million streams as an artist, the world steadily learned just what Damon Sharpe is capable of, and he has set that stage for the most successful year of his life…And he is just getting started. Next up, we can expect collaborations with Loud Luxury, CID, Vivid, Castion, Malarkey and many others. Read More

In 2019, Damon had four songs out via Armada Records; highly acclaimed “Fire & Gold” with Morgan Page & VIVID, which peaked at #7 on US Dance Radio, “When In Rome” with GATTÜSO, which peaked at #6 on US Dance Radio and gained over 34M combined streams, “Ghost Ship” featuring Orjan Nilsen, and “Lifetime” with Zonderling and Josh Cumbee, which was added to iHeart Evolution, Music Choice, Dance Rising, Future House Top 50, Kaskade Connect, Winter Sounds, and more, and has received over 11 million streams on Spotify alone to date. The tracks made a dent in the Sirius BPM, Sirius Chill, iHeart Evolution, Music Choice rotations and received support from Don Diablo, Lucas & Steve, Hardwell, Nicky Romero, Afrojack, Sam Feldt, Promise Land, Morgan Page, Alexander Popov, Martin Garrix and more.

Damon has been climbing the ranks and gaining recognition from notable industry trades such as Billboard Dance, EDM Tunes, EDM.com and Dancing Astronaut, just to name a few. Not only are Damon’s recent solo projects proving to be great successes, but also they serve as the first of many projects that will transition him from the selfless “behind the scenes” genius that he has been, into the forefront as a notable name in music in “front of the scenes.” With a stacked list of releases this year and projects that will further this new transition in the upcoming year, Damon is sure to make 2021 his year and inch his way into becoming a household name for sure.

Damon was born in Cleveland, Ohio and raised in Phoenix, AZ. Driven by his love for music, at 15 Damon’s parents graciously moved to LA so he could pursue his first musical endeavor of hundreds to come in his career, as one fifth member of the boy band “Guys Next Door.” The rest was history. Damon has contributed many recognizable songs to popular culture and has been involved with the production of various popular albums that cumulatively have sold over 45 million copies. He has worked with the likes of Jennifer Lopez, Ariana Grande, Pitbull, Alesso, Kelly Rowland, Kylie Minogue, Big Time Rush, NKOTB, Nelly, Monica, Boyz II Men, Anastacia, New Boyz feat. Iyaz, JLS, Ginuwine, Amerie, American Idol and XFactor alum, The Pitch Perfect Soundtrack, The GRAMMY AWARD WINNING Chicago soundtrack, Legacy recording artists Natalie Cole, Charlie Wilson, Johnny Gill and New Edition, Monica, superstar artists in Japan, Korea and Southeast Asia like SHINee, Kim JaeJooong, 2pm, Got7, SF9, Tiffany of Girls Generation, Boa, Laboum, Kangta, CoCo Lee, Ai, W-inds, T-ara, Kumi Koda, Crystal Kay, B1A4, Jess Lee, Fairies, collaborating in the world of EDM as an artist with DJs such as Zonderling, Thomas Gold, DVBBS, Morgan Page, Gattuso, Elephante, Zack Martino, KapSlap, Ferry Corsten, Alex Mattson, social media influencers The Martinez Twins, Jacob Sartorious, Jordyn Jones and many others. His songs have been featured in many feature films, television shows and commercials around the world. As an artist he currently has reached over 1 Million monthly listeners on Spotify.

Damon wants to leave a legacy and use music to reach and inspire people. And as his meteoric rise continues to unfold, he’ll be remembered as someone who did just that – pushed boundaries and made a positive impact on the world. 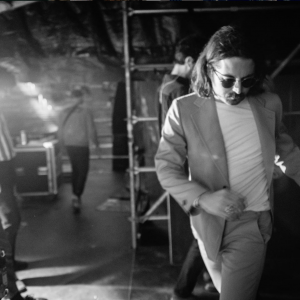 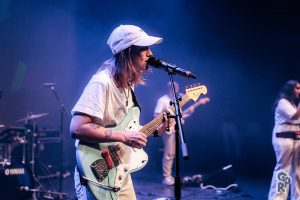 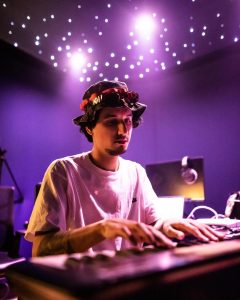 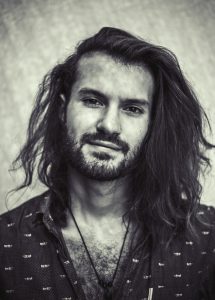