At only 20 years old, rising Dutch electronic music producer and DJ
Justus (a.k.a. Justus Schipper) has proven himself to be a go-getter, having already toured internationally and released on today’s heavy-hitter dance labels Spinnin’ Records and Armada.

As with most artists, it’s easy to recall the first influences that kick-started their musical journey. Justus’ story begins in 2014 at an all ages Afrojack show at Ziggo Dome Amsterdam. Mesmerized by the energy of it all – the live production, music, crowds dancing in unison – Justus went home that night and bought his first DJ set.

Quickly his love for DJing shifted from just a hobby to a career path. It wasn’t long before he landed some small club gigs, though he soon realized the value of making his own music if he wanted to advance in the industry as an artist. Luckily this transition came naturally to Justus as he was already equipped with an affinity for music and 6 years of drumming experience.

He drew on his previous musical education and deep inspiration by the likes of Avicii, Axwell and Afrojack to create his signature sound; the melody driven, feel- good and energetic music you hear from Justus today. In 2017, Justus took leave from school and went full-speed ahead with focusing on music production. Sure enough, during that same year Justus’ music was played all around the globe by no one other than Afrojack himself at the Ziggo Dome Amsterdam, Ultra Music Festival, Sunburn Festival and Echostage in Washington DC – just to name a few. Soon enough in 2018 Justus was launched into tour mode, completing six tours across Asia in a year, including rocking the stages at some of the world’s Top 100 Clubs by DJMag. Besides touring in Asia, Justus has done massive shows in Tel Aviv, Hamburg, Cyprus and many more.

Then in 2019 the labels came knocking. In December of that year Justus signed a publishing deal with Cloud9, which represents some of the world’s biggest DJs. With momentum building 2020 is his most ambitious year yet! So far he’s signed his first record ‘Not Over You’ to Armin van Buuren’s leading imprint, Armada, followed by a dance cover of the legendary Andrea Bocelli’s ‘Time To Say Goodbye’ via Spinnin’ Records. Apart from his original compositions, Justus is on the radar of big DJs’ with his unofficial remixes of Dua Lipa’s “Don’t Start Now” (which was show love by MORTEN, Lucas & Steve, Sander van Doorn and many more), as well as Lewis Capaldi’s “Someone You Loved,” supported by W&W and Maurice West. Continuing to climb the ranks, Justus’ latest release ‘Time To Say Goodbye’ on Spinnin’ Records has just passed 1.000.000 streams on Spotify. Keep an eye on this rising star! 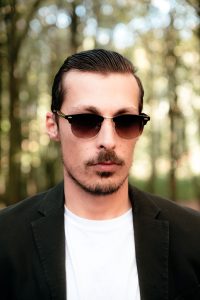 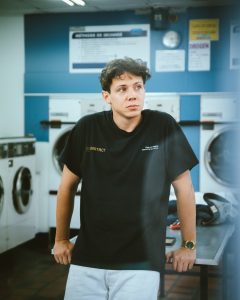