Reinier van Harten (The Netherlands, 1991) is a multimedia artist specialising in music and theatre, creating performances under the monicker REINDIER.

His project Obsidian // Silk will be released as a stage production, album and short film. The full show will start touring from summer 2021 onwards, preceded by a series of ‘chapter’ releases, in the form of digital video and music on streaming services. This project has been supported by ‘De Nieuwe Makersregeling’ by Fonds Podiumkunsten and ‘Upstream: Music x Design’ from Stimuleringsfonds.

Reinier van Harten graduated from the Conservatoire of Amsterdam in 2017, studying vocals at the Pop Music department, after which he specialised in mime at the Academy for Theatre and Dance. He has performed in many stage productions, and has a solid track record as a live music artist. From his 18th till his 25th Reinier was involved in a number of pop bands, eventually finding his own creative vehicle in REINDIER, which came to serve as his main expressive outlet. The formation, led by Reinier, utilises a fluid band composition in order to maintain a broad variety of expression. During his time at the conservatoire, in 2015, van Harten suffered a vocal chord paralysation that lost him three octaves of vocal range – leading to the cancellation of his tour and resulting in a two year period during which he was out of the running. Regardless of the challenges the situation faced him with, he persevered and eventually found a new path with a focus on theatre, allowing him to craft a performance form that merges music and theatre, with which he graduated with flying colours in 2017.

REINDIER places a heavy focus on stage design, costume, styling, light production and choreography – creating an immersive experience that goes beyond what you might encounter at the average pop gig. Van Harten: ‘I chose the name for the project due to the inherent linguistic opposition it contains: rein meaning pure, clean and virginal – and dier, which translates to animal in my native Dutch language. I am fascinated by the tension between our animal nature and cultured mode of being.’ Dichotomies are foundational concepts in his work, which always seeks to provide a holistic translation of the variety of human experience and behaviour, in all its oppositions and contradictions.

REINDIER’s latest interdisciplinary project Obsidian // Silk is somewhat of a triptych, set for release in three forms: an album, a short film, and a stage production. ‘I use electronic production to illustrate raw, sexual energy, and the more introverted acoustic compositions and imagery to counter this and create a space for the more serene, angelic and androgynous archetype.’ van
Harten dislikes snap value judgements – rather he aims to illustrate the versatility of the inner world of human beings and their interaction with one another. The two materials that make up one of the conceptual foundations and the title of the work – obsidian and silk – were chosen due to the poetic, multilayered identities van Harten sees in their genesis. Dark, glassy-looking volcanic obsidian rock seems tough and hard – yet upon impact, it shatters like glass – revealing its inapparent fragile nature. Silk, on the other hand, seemingly angelic and soft, is a strong material obtained by a rather cruel process that involves boiling the larvae of silkworms alive – again illustrating that there’s more to things than meets the eye. This duality is also found back in the identity of the protagonist of REINDIER’s story: The Wired Boy.

Inspired by classical fairytales and mythology, the story of the main character in Obsidian // Silk is entered around The Wired Boy, who is faced by challenges he must overcome, both internally and in relation to the external world. The audience is taken into to the realm of a human being who struggles with the oppression of his sexual orientation by both society and himself, leading to his eventual transformation into a robot void of emotion. Throughout the story, many different identities, archetypes and personas are adopted – each serving as an explorative vehicle that expresses an aspect of the protagonist’s – and the artist’s – identity. Feminine versus masculine energy is a main theme, as is nature versus technology.

For this project, REINDIER has entered into an interdisciplinary collaboration with a creators lab led by artist Tanja Busking, that specialises in technical/artistic set design. Helping van Harten technically realise his creative vision, this team of makers specialise in interaction design, 3D modelling & printing, steel and fine mechanics, robotics and more. An example of one of their creations are the 10 Soft Robotics interactive, 3D printed tentacles (used for the video and performance of the track ‘Tentacles’), a robot arm technique created by the Harvard School of Engineering and Applied Sciences, which allows for a high tech yet organic looking result. In his ability to form conceptual narratives inspired by things he collects and curates from the outside world, REINDIER sets himself apart as a an artist who goes beyond the borders of music, theatre, dance and more. His conceptual creations are truly interdisciplinary. They are timeless, yet modern. It is no surprise that the depths of his research, the broadness of his ideas, the variety of his personas and his ambition to create fully immersive worlds for his audience have drawn comparisons to the likes of Kate Bush, Björk, David Bowie and more. 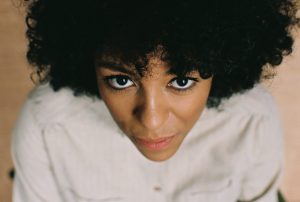 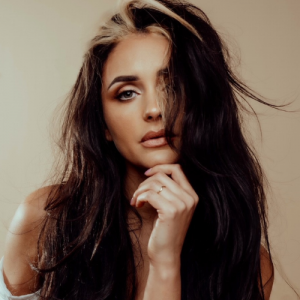 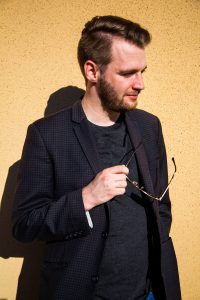